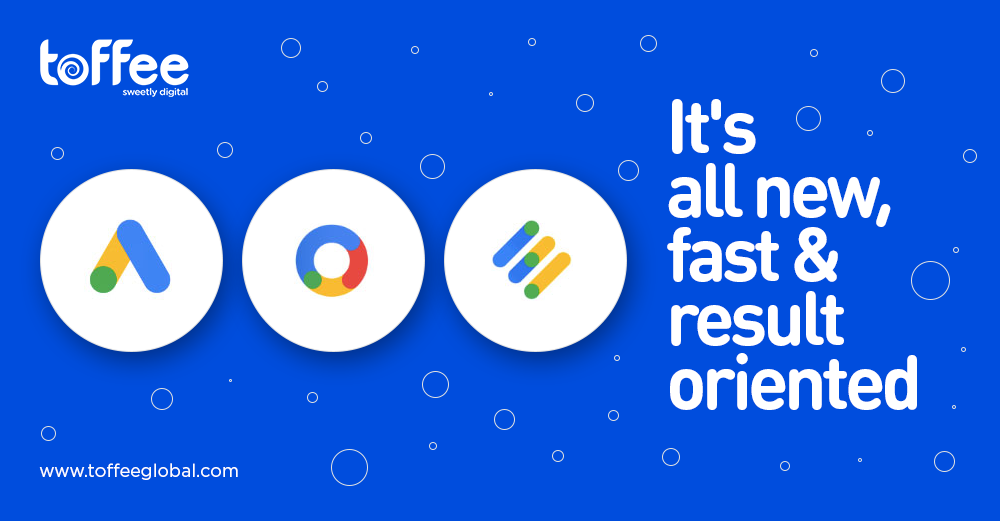 It’s time for winds of change at Google, as they put several of their product names and acronyms to bed.

Google have made a double click major change in their product classification, in the process, changing some of their well-renowned product names and acronyms. These include the Double Click brand, which saw its inception all the way back in 1996.

From mid-July onwards, Google will rebrand their products into three groups, based on the type of the business – Google Marketing Platform for enterprises, Google Ads for small and medium businesses and Google Ad Manager for large publishers.

End Of The Road For Some Acronyms

This change has been inspired to group their product together for marketers, and encourage them to use more and more Google products in conjunction. Google claims that it achieves a higher return on investment for Google when their products are used together.

Most of the changes will be cosmetic in nature – just names will be changed, but it will make it much easier for consumers to use their products together. Commenting on the changes, Google SVP for Ads, Sridhar Ramaswamy said that these changes “reflect the current reality of where these products are and where they need to go.

Dan Taylor, managing directors of platform said that over 10% of consumers already link Google’s buying and measurement tools, which improved customer churn significantly. This also improved ad campaign executions for several firms. Google did, however, also confirm that marketers will not be disallowed to use non Google products within Google’s own marketing platform, allowing for cross-compatibility to the consumer’s choice.

Ramaswamy, commenting on that, added “The interoperability, whether it’s with other exchanges or other measurement providers, that will not change. You can take what you want.”

Not Just Cosmetic Changes In Action

But more so than just the cosmetic changes of the names, Google have also increased connectivity within their platforms. The Google double click Marketing platform will now have an Integration Center section, which allows marketers to connect different Google products simultaneously – which will let buying, selling and other analytics tools to be connected, even with non-Google products. Google Ads also has a new feature, Smart Campaigns – which will optimize campaigns through the use of machine learning, helping developers to increase app installs.

Progress in the Publisher Sector

There has been some change for the publishers. Google Ad Manager, Google’s publisher product, will now unify the ad server DFP and exchange AdX. DFP will now be the user interface for publishers and all AdX functionality will be on DFP itself. This, Google says, will much better reflect how publishers are doing, with ad servers and ad exchange combined.