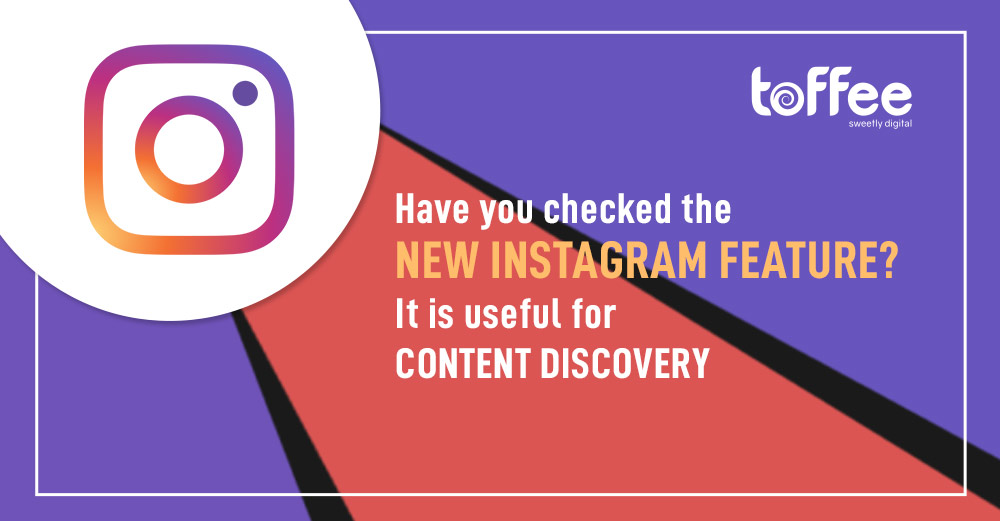 If you love scrolling down your Instagram feeds aimlessly and follow hundreds of accounts, things are going to change for you in a week or two. As users generally run out of feeds and following hundreds of accounts sometimes makes them miss out on their favorites, the platform has decided to give users more relevant to look upon, once their feeds are all caught up.

Coming to the heart of the matter, now you’ll see more relevant suggestions of content in the explore tab in of app. Now once you’ve seen all of the posts in your feed (the unseen ones), Instagram will give you two options to choose from — you can either scroll past your old posts or you can follow some of the recommended accounts based on your interests.

This will certainly give users more meaningful use of the platform and will aid the user experience. Users will have an option now to customize their feeds. Let’s have a look at the official word from the officialdom:

You’ll see recommended posts at the end of your Feed, once you’ve seen everything new from people you follow. When you see the “Recommended For You” message, you’ll have the option to view your past posts or keep scrolling for your recommendations. And, if you’re interested in seeing more from the accounts shown in your recommended posts, just tap on the blue button to follow them.

So, first of all, the update is going to reduce the excess amount of time users waste on the app while scrolling past the content that they’re less interested in. Once they’re all caught up, they can then choose a path to see only the type of content they want to see instead of seeing the content they have seen already. Not to mention, this will avoid the constant switching between the feeds and explore tabs in the app. Now, users will be given recommendations of the accounts they might be interested in, with an option to follow them right away on the very screen.

The very situation users going past less relevant posts while scrolling meaninglessly is a tiny hazard created by the makers of these social media platforms only. Whilst the initial idea was to give users an option to follow as many Instagram pages or accounts they want, the overwhelming response of that made creators realize it might backfire and make the users abstain from the platform because of the frequent occurrence of the irrelevant content in their feeds.

Facebook also made some changes in their feeds algorithm when they came across a similar behavior by their users. However, the situation there was a bit different. An average user had about thousands of posts to go past every day and it was hard to offer them the best ones out of those at the beginning of the feeds. However, a few changes in their algorithm and some new features solved the problem.

Although the equation of Instagram is a bit different from Facebook, the very idea behind the update is the same — to make the user experience better and more meaningful.