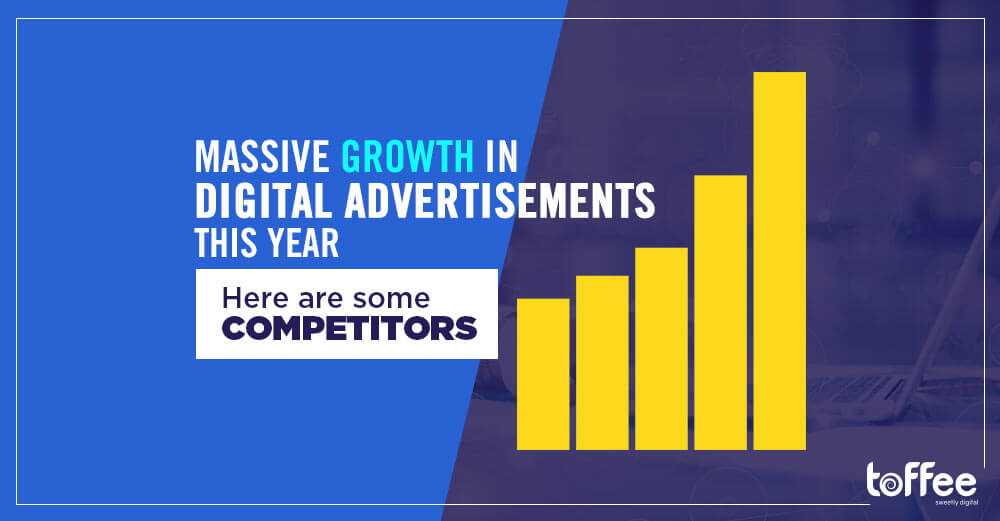 According to experts, the ad market is set for some massive growth in this fiscal year, with most of the credit going to the Google-Facebook duopoly.

IPG owned marketing consultants Magna Global, through a report they released last Monday, changed its global ad market growth projection this year — from 5.2% to a mammoth 6.4%, which is the equivalent of $551 billion. This year, in Q1, Google and Facebook’s ad revenues increased a ginormous 31%, combined, worldwide: $26.6 billion and $11.8 billion respectively. It is said that Magna has made their projections, in some part, thanks to this as the importance of a specialized Digital Marketing Agency for a business rises further and further.

Magna also predicts the money spent on digital ads will hit the $250 billion mark this year, as more and more businesses seek online advertising companies such as toffeeglobal to take care of their digital media. The importance of mobile with respect to digital ads cannot be understated, and mobile is said to constitute 62% of all the total ad spend.

Vincent Letang, Magna’s EVP of Global Marketing Intelligence, was caught by surprise by this stunning growth of digital and spend. Letang said that anything that reaches scale will plateau some time, but digital is yet to reach that point of inflection. In the future, Facebook advertising companies may perhaps become even more essential.

Data scandals and brand safety concerns in recent times have not deterred this fueled growth of digital ad spend. Letang added that more so than the big brands, it’s the millions of small and medium-sized local marketers which have added to Google and Facebook’s gains — through spending on social and search. Although at a singular level the number of promoted posts may not be too high, with the number of businesses, the numbers add up quite quickly.

Letang went further to add, about the small and medium-sized businesses, “In the past, they might have been doing things like the Yellow Pages or flyers or direct mail, and some of them were probably doing nothing at all, and now they’re using Facebook and Google. These are tools that keep creating new marketing opportunities that simply didn’t exist before.” More and more brands are taking to digital ads, and digital marketing agencies gain more importance by the minute

This signals a shift in ad spend, as traditional media’s numbers don’t look as promising as digital ads. Although TV has seen some growth this year, it wouldn’t have been possible without an artificial push from singular events such as the World Cup and the US midterm elections.

Print and radio, however, are seeing a dramatic downturn – the print ad is set to decline 17%, while the radio is set to decline 4%, according to Magna. With traditional players in the ad market diminishing, while digital marketing grows like an uninhibited beast, it seems like digital Ad marketing is the future of marketing.